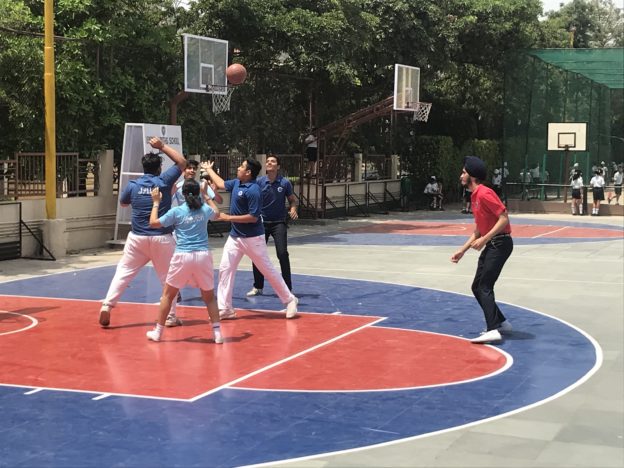 The Inter House Basketball Tournament was held for the students of Class VI and VII on the 20th of April, 2019. The teams of boys and girls from a house played against their respective counterparts of the other houses.

In the Boys category, Prithvi House emerged triumphant followed by  Jal House, while  Aakash House bagged the Third place.  Tanush Sharma of Class VII B was declared the best player of the tournament.

In the Girls category, Agni House seized the First Position while Jal House and Aakash House stood Second and Third respectively. Darveshinder Kaur of Class VII B  was declared the best player of the tournament. The players showcased good sportsmanship in the tournament.

A fun-filled and exciting round of inter-house volleyball match was held for class XI & XII.
Jal House emerged victorious whereas Agni House and Aakash House stood second and third respectively.

The sports department of  LPS conducted an Inter House Chess Competition for the budding players from classes III- X.  60 students from the four houses participated to prove their mettle in the game.