Mathematics – Whose cup of Tea? 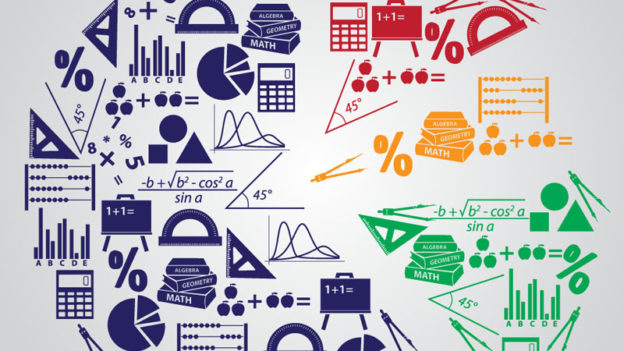 One day , when I was on my way  to the class , one student asked me , “Why did the mathematical tree fall over ? “ .I was thinking what  to reply as I was quite ignorant of what he wants to know from me .

Interrupting my thought process, he said, “The mathematical tree fell because it had no real roots.  Just a joke, Ma’am.”

I smiled but his question kept echoing in my mind.

It is true that Math as a subject is loosing its sheen among the school children .Now a days, we find very few avid learners in Math. Somehow, I feel, we as teachers are unable to relate Math with the real world. Without real roots, a tree can’t survive .That is why, the Mathematical tree is not able to expand its branches which it should have been by the end of this century.  Sadly, Math has a phobia attached to it, whether we all agree or not.

A Math Teacher walks into the classroom, turns towards the board and starts a struggle between a marker and the board. She fills each and every space on the board, turns towards the class and explains . Half of the class gets demotivated with her expressionless face and rest half with the math written on the board. No wonder why the 80% of the students talk to each other that this subject is abbreviated as Mental Abuse To Humans.

As she enters the staff room,

Mrs S has come, somebody pointed it out, only  she can deals with numbers .

Ma’am, please solve this, as you know, I used to be very weak in math. (One teacher spoke this while handling a piece of paper with Math sum written on it) .

Who is responsible for this step motherly treatment given to math ?

I think, we as a individual, we as a part of society keep math always  as an untouchable subject .We keep this attitude that math is something Greek which we can’t learn and even try to pass this attitude to the next generation.

The other day, I observed that a boy of around 10 years of age was selling fruits and vegetables. He could calculate mentally the price of apples which weighed 1kg 75gm when 1kg was costing Rs150.

I was amazed so much with his mental , quick and correct calculation of Rs 161.25,that I could not resist myself in inquiring about his math capabilities. He replied, since I am the lone earner in my family , I need to be careful in dealing with money and somehow with time I learned on my own. His reply made me ponder that when an illiterate can learn it on his own, then why everyone does not find it  easy? . What is the reason that every other day, we need to find new teaching strategies to teach math?

Just like Tea, is being offered, when you enter as a guest and then you give your choices after that like – I prefer green tea or less milk tea or more milk ,less sugar tea and  so on.

Same way to make mathematics every one’s cup of tea , we as teachers need to change some of its ingredients according to the requirements  and serve it to the children in  an attractive way  so that they all at least  start fiddling with Math and once they start fiddling with it, they will learn on their own .

I know learning happens gradually, taken into consideration Bloom’s Taxonomy, then why we as parents, teachers very often lose our patience and very casually we say that it is not your cup of tea ? Why we, most of the times, fail to relate Math with the real world ?

During teaching of Integers to class VII, a teacher was going perfectly with bloom’s taxonomy and brought the class to the synthesizing level where a student starts framing the question.

A student of the same class reciprocated by saying that this question is practically incorrect . How can you borrow more from a person when he is having less amount?

Yes , he is right but here comes the teacher’s role so that the class remain inspired to frame a practical question . Instead of criticising the student for framing wrong question and shattering his confidence, a teacher can easily initiates the talks like:  Miss G has to wait for some time to completely get the borrowed amount as Mr Q can only give Rs 3 till Mr Q arrange for more money or Miss G has to borrow Rs 2 from somebody else .

Start with small activity – Who does not want to earn millions/ crores by playing games like KBC  ?

In order to get the full amount in this game, I am going to give you two options:

Which option do you choose?

Let them work on it and I am sure, finally one student will definitely choose right option B as after 30 days it will fetch you Rs 53 crores 68 lakhs 70 thousand nine hundred twelve in 30 days .

Very casually, while teaching Math, we say -This is a difficult problem, so “ Pay Attention “ . What do you mean by this, teachers? I think, perhaps by trying to attract learner’s attention , you are distracting him and creating void in his mind that he will not understand this problem in one go .

Pi , now children remember because of the movie “ Life of Pi “ .Pi everybody knows as a star cast of the movie but only few can tell you   about actual  as with  , their bonding is still incomplete.

I think teachers in general, are responsible for making Math class boring and monotonous. Why we take x or y for any unknown quantity? Why is the child not given his discretion to keep unknown quantity as the first alphabet of his name?

where pi is p, z is the radius of pizza, a is the height of pizza including its topping?

“Math is poetry. “ The moment you say this in the class, everyone will start laughing. I think this is the right time to strike the nail as it is hot. I mean to say,”A little humour can make the class lively “.

and then you can complete your sentence “Math is a poetry of logical ideas “ .

Why is an obtuse angle always upset?

Because it is never right (It can never be a right angle).

Why is a Right angle right? Because it can write.

Why acute angle is so popular? Because he is cute.
A cute

What  is Breadth  asking from length ? Have you read it.?
B read th

Why will we discuss equilateral triangle later? Because it says later.
Equi later al

Why is an isosceles triangle to be discussed now  , why not scalene triangle ? Because it has given an SOS
I sos celes

Like this , we can capture child’s attention  by creating our own vocabulary.

The or em —- Two things can happen -You can do it or not  .
Ne cess ary —- You can’t cut necessary condition until you pay cess.
Obt use —- use it
P roof — You need to go the roof
Ex ample s —- See ample of them
Pe rim eter —- Rim’s meter
Cir cum ference —- Sir come Frence
W hole — has a hole ( starts with a zero )
Contra diction —– has no diction
Intersection( ) —-Inter section competition
Ma tric es — Solve with a trick
De termin ant —–Try terminate all numbers and get more zeros
P rob ability —– Rob the ability
Di mension al ——- Mansion it has , so it very impressive
Pro duct — goes straight away into your brain duct
Mod u l us — Mod u and us
Post u late — Post them as we are getting late
Rat ional – One rat running around the ration
I  rrat ional – Two rats running around for the  ration.
Inte grate – Grate the  problems.
Inverse – In  Verse
Qua  dr atic —This  Dr has a cure

Like this, endless mathematical words can be amputated which can bring   little smile on  a student’s face ,thus ,making him interested in this subject .

One child after watching a TED talk in English lesson (In this talk , One intellectual was  praising English but at the end ,ask the people ,”what is the use of differentiation for which I spend sleepless nights in preparing for Math exam” ,if I would studied the same way English , I would be equivalent to Shakespeare ) , straight away comes to me  . What is the use of differentiation? If it is of no use, then why are we studying it ?

We need to give a logic that why are we teaching it, not just because CBSE has planned but it has a importance in real life.

Differentiation is actually everything we do in our life from moving/ changing position to switching on an appliance or filling air in a balloon with respect to time. Anything which changes with respect to another variable is differentiation. It is like we are studying from years but now it has a name ‘Differentiation ‘attached to it in class XII. I was quite relaxed as he was convinced.

With a positive note, one day I ended my class with the following statement:

“ Our power of desires grows in G.P. ( Geometric Progression ) but our power to satisfy these desires grows  in A.P. ( Arithmetic Progression ) “. I was surprised to receive endless explanation to the above statements that I have to call Economics teacher in, to finally decide for the winning team.

There are several innovative ideas for spicing up the Math class . The need is to find them and inculcate effectively in your teaching strategies of Math.

Article as published in The Progressive teacher Mar-Apr 2018 Edition

Mathematics – Whose cup of Tea?